GNU Radio and the LimeSDR Sink block of gr-limesdr were used to generate the following data. An attempt was made to determine output power of the LimeSDR-Mini across various settings for Tx Gain in GNU Radio. The following graphs show the results. It is worthwhile to note that, due to time constraints, the data recorded for 30MHz is less precise than for the other frequencies.

Data was recorded from 50MHz to 950MHz for each 50MHz increment, and an additional less precise measurement was made at 30MHz. Gain values were tested from 60 (the maximum allowed) down to 22. With the exception of 30MHz, the dBm output was recorded to 0.1dBm, and for each measurement an effort was made to observe the slight variations in power and select the nearest 0.1dBm increment closest to the center of the fluctuation. 30MHz was recorded to the nearest 1dBm. 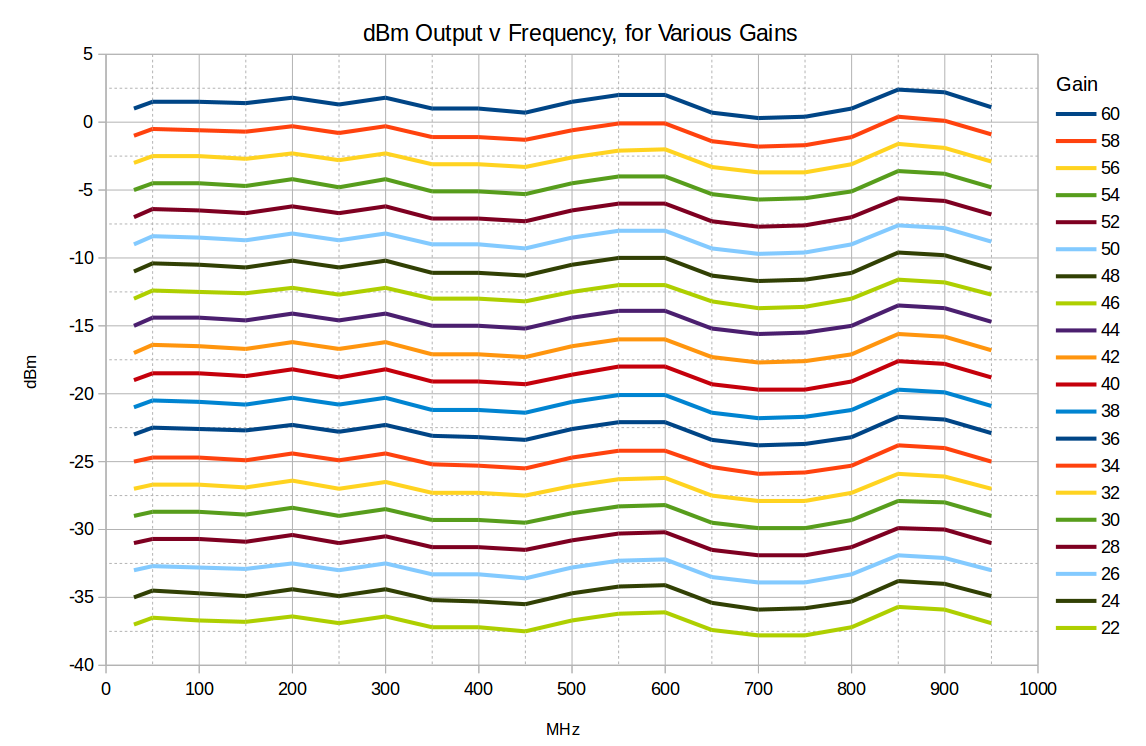 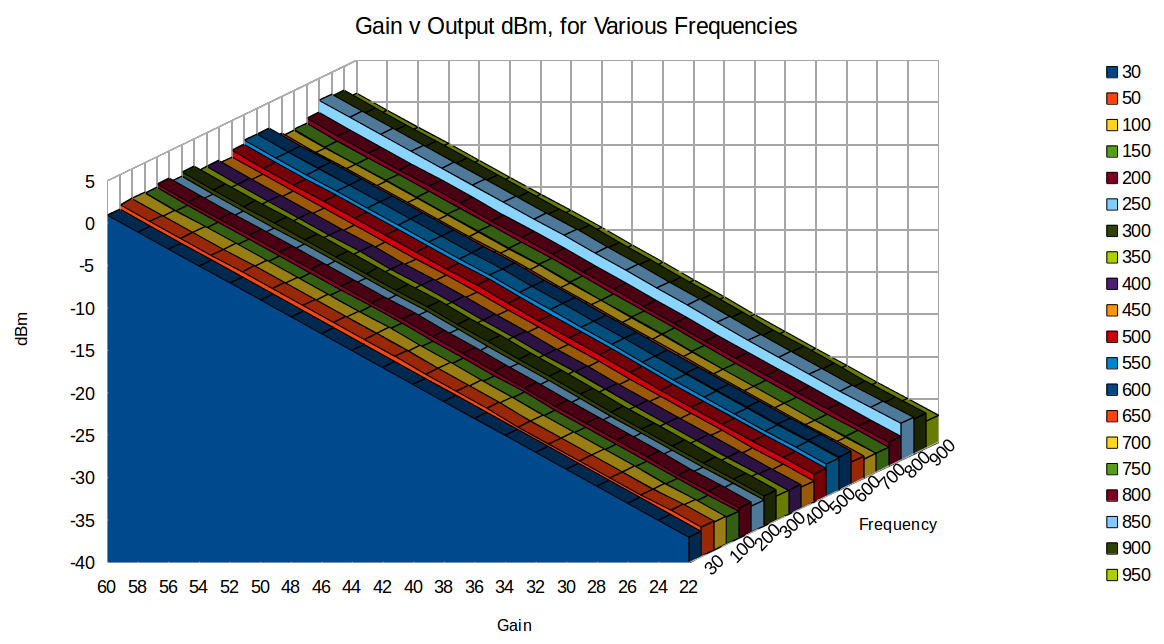