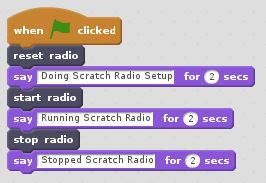 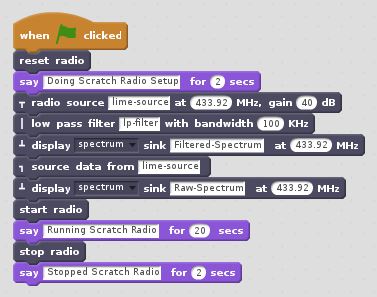 In addition to the block name, each data flow block may have a number of configurable parameters which can be used to parameterise the block behaviour. Each data flow block is also restricted in terms of the type of data supported at its input and/or output. The configuration options and supported data types are described in detail in the block library documentation here: ScratchRadio Library 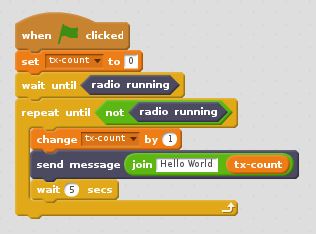 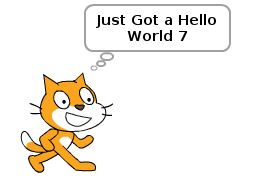