Difference between revisions of "Lime Suite"

Lime Suite is a collection of software supporting several hardware platforms including the LimeSDR, drivers for the LMS7002M transceiver RFIC, and other tools for developing with LMS7-based hardware. Installing the Lime Suite enables many SDR applications such as GQRX to work with supported hardware through the bundled SoapySDR support module.

Please note that you should either install Lime Suite via a pre-built package/installer (2) or build it from source (3) and not do both.

We have support for a select number of platforms and package managers. If your platform isn't supported, follow the next sections for getting the dependencies and building LimeSuite.

Note: either install Lime Suite via a package/installer or source code and do not do both!

The drivers PPA for Ubuntu has a recent build of LimeSuite:

We currently package for Ubuntu releases:

LimeSuite is bundled with the PothoSDR development environment to use supported hardware in an ecosystem of SDR applications like GQRX, Pothos, CubicSDR, and GNU Radio.

The pothosware homebrew tap has a build recipe for LimeSuite. Also checkout the dholm homebrew tap for other SDR related software. To install LimeSuite:

Note: either install Lime Suite via a package/installer or source code and do not do both!

Before building LimeSuite from source, several dependencies must be installed. However, the dependencies required change based on how much of the suite will be used. LimeSuite will automatically try and build all components that it can satisfy the dependencies for. The following table is a guide to the the requirements for various components.

Ubuntu derivatives should be able to use the same instructions above.

Other distributions, e.g. RPM-based, will not be able use the myriadrf/drivers PPA, and O/S packaged dependencies may be different versions and use slightly different naming. However, it should be possible to use the above as a guide and it is likely that, at the most, SoapySDR would have to be built from source.

Users building LimeSuite on windows will need a recent visual studio compiler, preferable 2015. Other dependencies can be obtained from the following download links:

The following commands will clone the LimeSuite repository, configure the project using CMake, build the project, and install it. The output of the cmake command will show enabled and disabled components. Pay careful attention to this before building with make.

After installing the dependencies, open a cmd prompt and run the following command to clone the repository:

Or use cmake-gui to configure and generate the visual studio project solution. After generating, open the Visual Studio solution file and run the build target. 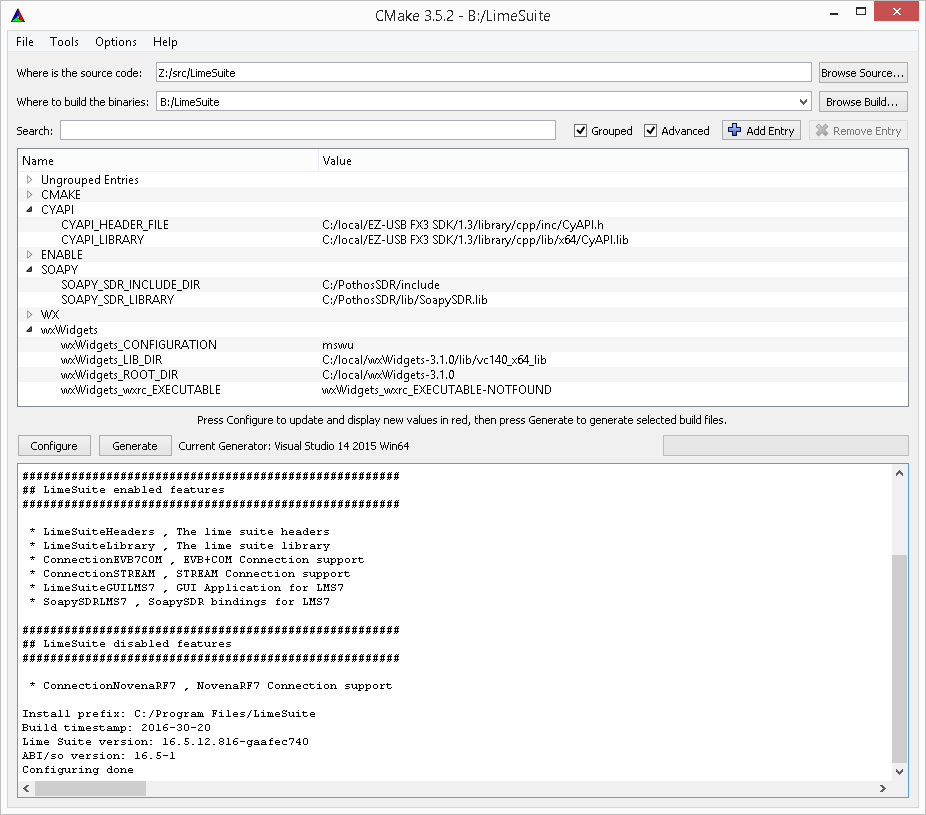 The following post-install tasks are designed to get users up and running with the LimeSDR USB 3.0 device. Lets check that any necessary drivers are installed and that the LimeSuite utilities can find the LimeSDR attached to your system. We will also cover using the LMS7 GUI to update the firmware and FPGA images stored in the board's flash memory. 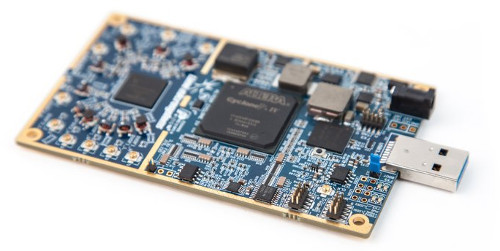 Windows only, OSX and Linux users do not need to install drivers for USB support. Download the LimeSDR USB driver and unzip the package. LimeSDR should appear as an unrecognised device in the device manager. Use the device properties dialogue to specify the path to the LimeSDR USB drivers directory. Once the proper directory is specified, the driver installation should complete successfully. 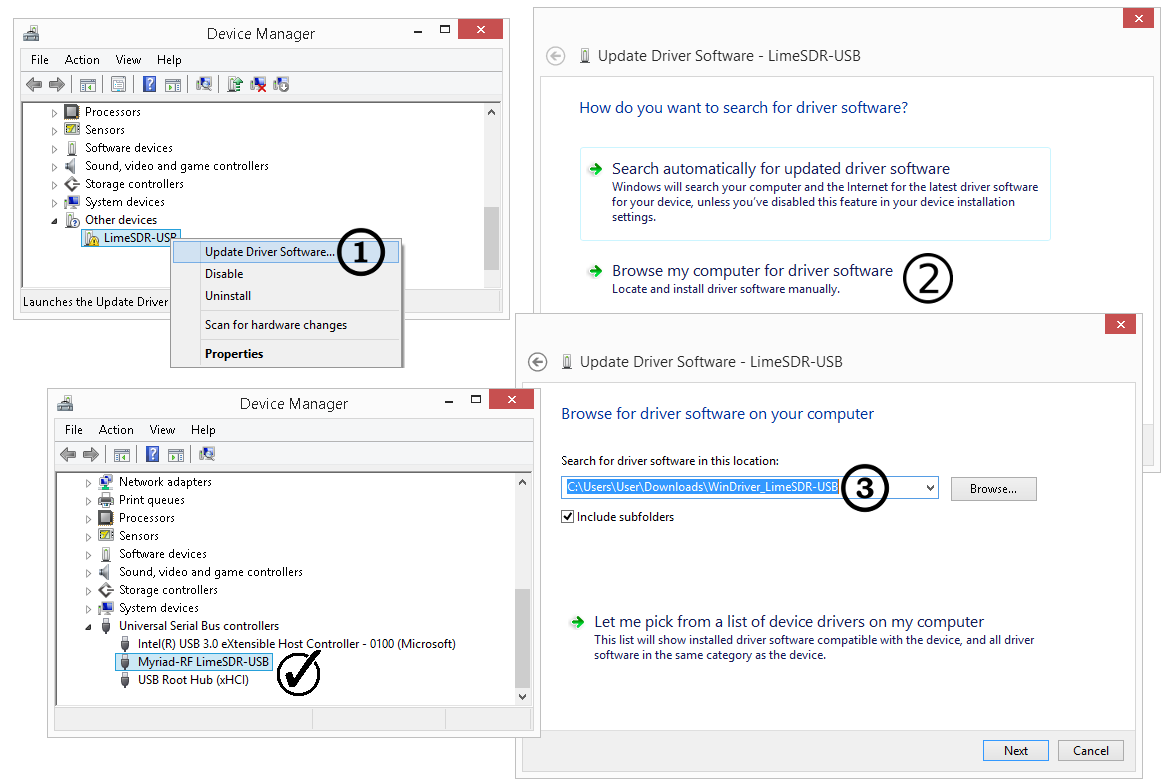 Open the lms7suite GUI and check for the LimeSDR in the connection settings dialogue: 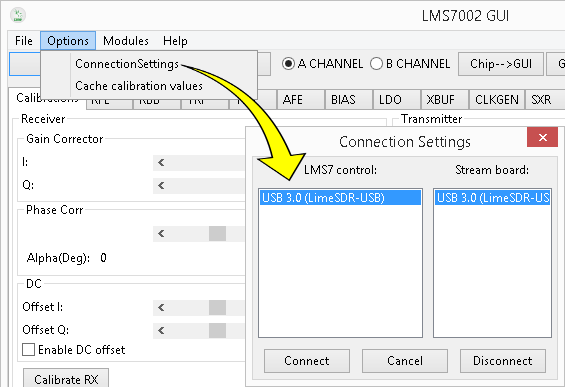 From the command line run LimeUtil to get a list of available devices:

Similarly, when working with SDR ecosystem applications, its also good to verify that the LimeSDR can be found by SoapySDRUtil:

You may need to update the FX3 firmware or FPGA bitstream stored in the flash memory of the LimeSDR. Using the programming dialogue, LimeSuiteGUI can automatically download and flash the correct images on the LimeSDR.