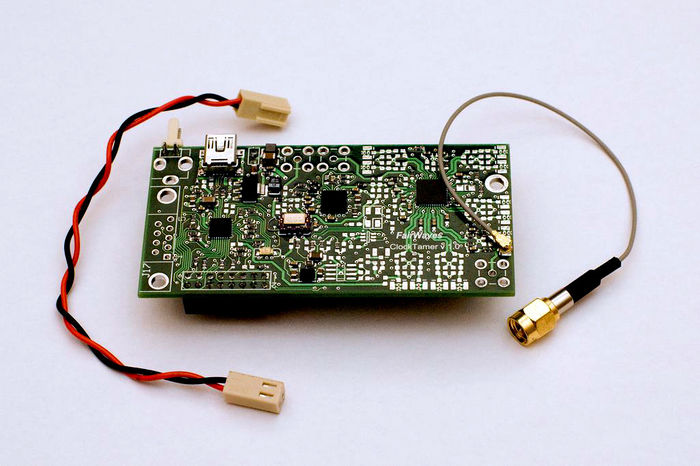 [1] is a device manufactured by [2] to provide a compact low-cost configurable clock generator with GPS sync option. It is was specifically designed to be used with the USRP, but nothing prevents you from using it with other device of your choice given it has external clock input.

21 May 2011 Oscilloscope measurements for ClockTamer-1.2 have been published. Thanks to [Munaut] for the pictures. 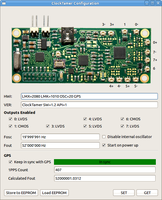 09 January 2011 ClockTamer is now available for European buyers from [[3]]! US distribution is still in the works. If you need ClockTamer and you're not from Europe, you could get one from Olifantasia (they ship internationally) or contact contact us privately.

Other news is that we now have a [list] for the project. 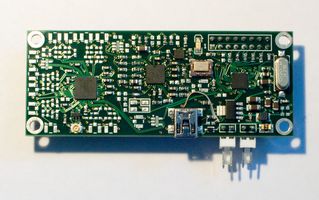 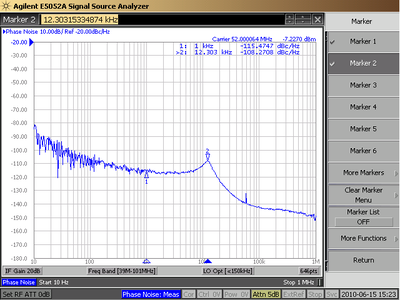